In 1989, Ivor stumbled into financial services quite accidentally after going for an interview with a financial company 'because he was bored at work'.

He took the job because it sounded glamorous and exciting (yes, he does have a low excitement threshold) but quickly discovered he had turned into an insurance salesman.

Shortly afterwards, it dawned on him that he wasn't even very good at it. The trouble was, whenever people said things like 'I don't want any insurance', Ivor's response was 'ok then, nice meeting you'. This made him happy and the customer happy but it kind of upset the insurance company who thought he should have tried harder to sell them something.

It was inevitable that this culture clash was never going to work and Ivor soon realised that the only way he'd be able to stick to 'company rules' was if he was the one writing them.

So in 1995 he set up his first business with 3 colleagues (Regency Financial Services). This was ok for a while but gradually people started having differences of opinion and squabbles broke out. Ivor thinks businesses are a bit like marriages sometimes - and that one was heading for divorce.

So, after a chance meeting with an old chum from the insurance company days, he joined the Complementary Medical Consultancy (that name? long story - not very entertaining). This is where he met David and, together they formed Park Financial Limited in 2006.

Ivor says of David "Normally, you can count the number of honest people in the financial services world on the fingers of one foot. That's why it was so refreshing to meet Dave - he's just so damn trustworthy"

Ivor has Level 6 qualifications (like that'll mean anything to anyone) but, in short, should he choose to be so pompous one day, he is qualified to a level that would mean he could call himself a Chartered Financial Planner

He loves laying on beaches on hot days, eating Indian food (always with Bangla beer), travelling to strange faraway places and, most of all, good company. 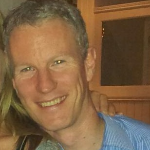 After graduating from Hull University David went to work in a ski resort for a season (or perhaps we should say ski and have fun with work occasionally getting in the way).   After this it it was time to get a proper job and he spent two years working at Old Mutual in the City followed by 12 years at independent financial advisor CMC where he met Ivor.

In 2006 Ivor and David formed Park Financial Ltd after realising they both had a similar philosophy and way of doing things.  David focuses on advising contractors, freelancers and business owners specialising on the investment side of things.

David and his partner Carol have two young children (boy and a girl).  A promising sporting career (so he says) in tennis and wakeboarding was cut short by injuries and now small children.  When time allows he also escapes for the odd game of golf.  He has currently managed to convince his son to support Liverpool but his daughter is a work in progress (though she is wavering after the offer of extra sweets).  They have been regular visitors to Brazil over the last 15 years as they have family living there so if anyone needs any travel tips please ask.

Any queries or concerns?